Youth of the Year

Youth of the Year

Youth of the Year is our signature effort to foster a new generation of leaders, fully prepared to live and lead in a diverse, global and integrated world economy. Each year, one exceptional local Club member is selected to compete in the state competition.  The winner of the state competition goes on to compete in the National Youth of the Year Competition, the winner serves as an ambassador for Boys & Girls Club youth as well as a voice for all of our young people. Over the decades, these individuals have exemplified the Boys & Girls Club mission and are proof to the impact Clubs make in transforming and saving kids’ lives. Youth of the Year winners have achieved success in a variety of industries, including entertainment, politics, business and sports. The objective is to select the Youth of the Year who best embodies the qualities of leadership and service, academic excellence and living a healthy lifestyle, and who can speak to the impact that their Club or BGCA-Affiliated Youth Center has made in their life. They should be involved in their community, advocate for issues affecting today’s youth, as well as demonstrate leadership skills in their interactions with others and in their communities. They create meaningful change and motivate and inspire others.

If you would like information on becoming a judge for the 2022 Youth of the Year competition, please contact Rachel Reddin at [email protected] 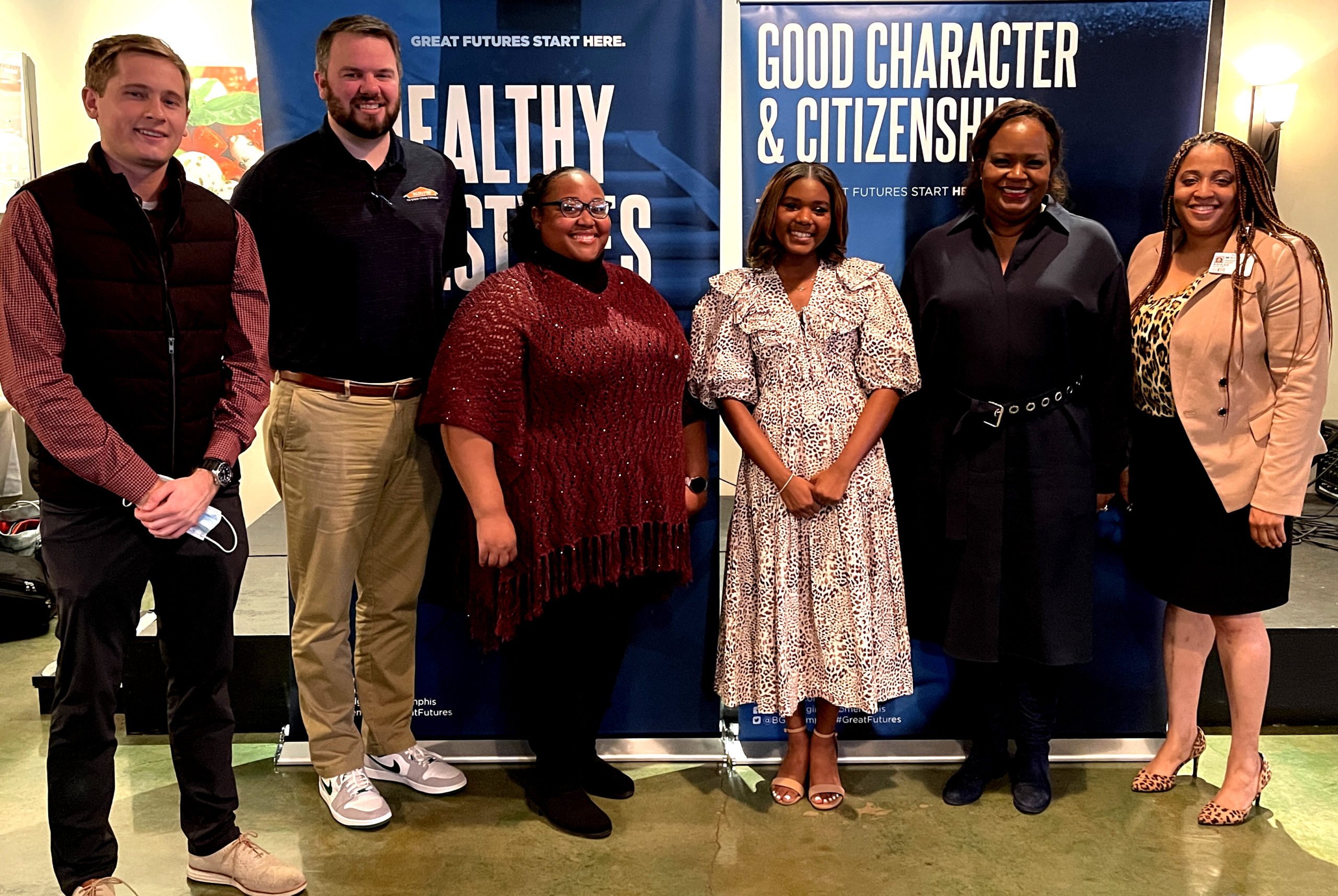 Kirsten Tilford was the Boys & Girls Clubs of Greater Memphis 2022 Youth of the Year and opened her speech with “How would you describe a strong woman? She is many things…” setting the tone for her poised and polished 3-minute speech in front of family, Club staff, and four judges. Kirsten maintained an air of confidence and maturity beyond her 18 years during the interview portion with the judges. Kirsten is a senior in the optional program at White Station High School. She’s a member of the Boys & Girls Clubs of Greater Memphis keystone club, her school’s drama club, a member of Youth in Government, as well as the track and field district team manager. She volunteers at her church and holds a part-time job, all while maintaining a 3.8 GPA. Kirsten has received multiple scholarship offers and would like to major in criminology with a minor in communications. Her career goal is to become a Strategic Intelligence Analyst with the FBI. As the winner, she will receive the $1,000 Irby Cooper Scholarship to the college of her choice.

When asked to share about her Club Experience, Kirsten said, “When I first started attending, I was a little apprehensive about fitting in and making friends. The majority of the kids that attend the club go to the same schools. I thought I would end up being the odd one out. However, I quickly learned that the staff was concerned about making me feel comfortable and relaxed in my new environment. I came in with my guard up thinking that I would be unable to connect with anyone there, but even the other kids made me feel right at home as soon as I entered the gym doors. The atmosphere was always so exciting and everyone around me seemed delighted to be there. I felt like I had been attending the club all my life. I will forever be grateful for the relationships I have made.”