In 1958 a group of young men met in the home of John (Buddy) Thomason determined to find a way to mentor young men in the community. Their commitment to their mission led to the founding of The Phoenix Club, an organization of young up-and-coming leaders in the community brought together for the purpose of raising funds to support a club for young boys.

The group chose to invest in a nationally recognized organization, the Boys Club of America (BGCA). They secured the needed funds, selected the old Memphis Mounted Police Station on Barksdale as the site and hired Jim Carlile as the first Executive Director. In 1962 the Barksdale Boys Club opened its doors to 120 young Memphians and the rest, as they say, is history.

In the face of great need many new branches of the Boys Club sprang up in the community starting with the Goodwill Boys Club in 1967, followed by the Dixie Homes Club in 1969. The Phoenix Club continued to be the primary supporter of the Boys Clubs and soon decided they wanted to offer a summer camp experience for kids. In 1969, the Boys Club assumed a lease from the U.S. Corps of Engineers for a 153-acre camp located on Sardis Lake in Mississippi. Since its first camp season in 1972 Camp Phoenix has served thousands of eager campers.

The Boys Club continued to grow, adding the Vollintine Club (now known as the John Dustin Buckman Branch) in 1973 and replacing the Barksdale Branch with the Ira Samleson Jr. Branch in 1979. In 1990 the Southside Boys Club became the fifth branch of the Memphis Boys Club.

1993 was a year of change for the Boys’ Club. Jim Carlile stepped down as the President and CEO after more than 30 years of leadership. Brad Baumgardner was appointed the second President and CEO of the organization. In a fundamental shift in 1996, the Boys Club transitioned to the Boys & Girls Clubs of Greater Memphis opening our doors to all the kids of Memphis to become a safe and positive place for all.

In 2000, the organization embarked on an aggressive Capital/Endowment Campaign to renovate, construct and establish new Clubs and the state-of-the-art Technical Training Center. The TTC opened in 2006 as the first facility of its kind in the country. The staff has trained and placed hundreds of kids in local jobs and higher education marking. In September of 2006, the Hickory Hill, later re-named the Bernal E. Smith Sr. Boys & Girls Club opened and quickly grew to 500 members strong serving one of the most diverse Club populations in the city.

In 2009 Vinny Borello was named CEO and BGCM established the Sycamore View Branch as the first “partner site.” This unique partnership placed the Club in an operational church with a rent free agreement, cutting the needed operating funds in half while serving more than 500 kids.

2012 marked the 50th Anniversary of the Boys & Girls Clubs of Greater Memphis, a big year in many ways. The Downtown Porter branch and the Goodwill branch were consolidated into the Downtown Porter-Goodwill branch. Construction on the Oakhaven branch was temporarily halted by vandalism. Despite the setback, the Oakhaven branch was opened in December. The Central Office on Rembert Avenue was renamed the Jim Carlile Administrative Building in honor of our first President. The hard work of the past fifty years continued to pay off as BGCM youth reached a 100% graduation rate for the first time in organizational history.

In 2014, Keith Blanchard was appointed the new CEO and new levels of organizational accountability were put in place. Emphasis was shifted to average daily attendance rather than overall membership in an effort to increase members’ frequent attendance and participation in our program. The organization currently operates 6 traditional Club sites,  a residential summer camp, and the Juice Plus+ Technical Training Center.

In 2020 for the first time in BGCM history, we closed all 10 of our Clubs on March 16th, in response to the onset of COVID-19 and under recommendation from Florence Jones, Central Board member and President of Methodist North Hospital, and for the safety of our Staff, Volunteers, and Club members. We opened our Bernal E. Smith Club a few weeks later in partnership with TNDHS and the TN Alliance to serve the youth of Essential Workers and First Responders. We quickly opened more Clubs running this program to help ease the stress of finding and affording safe childcare while working on the front lines of the pandemic.

In August of 2020, we opened all of our Club sites to provide Virtual School Learning Hubs to give our youth a safe place with adult supervision to participate in their virtual schooling as all Shelby County Schools were still closed in response to the pandemic.

We have accomplished great things but there is so much more we can do. Join us as we help create Great Futures for the kids of Memphis for many years to come! 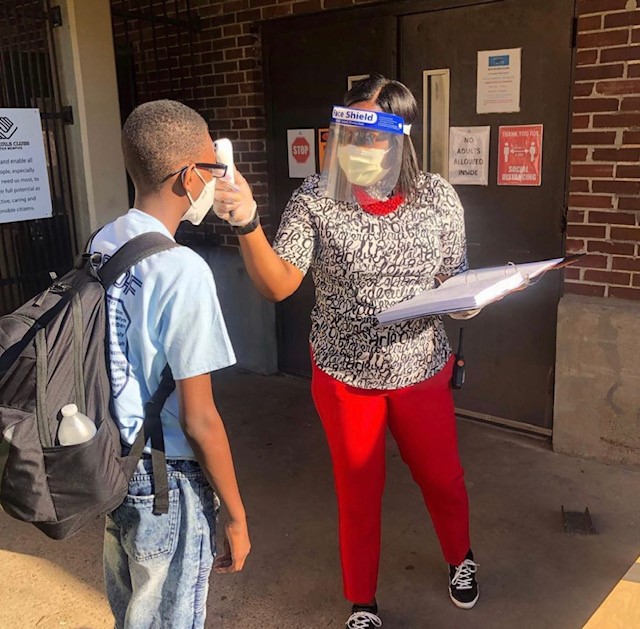 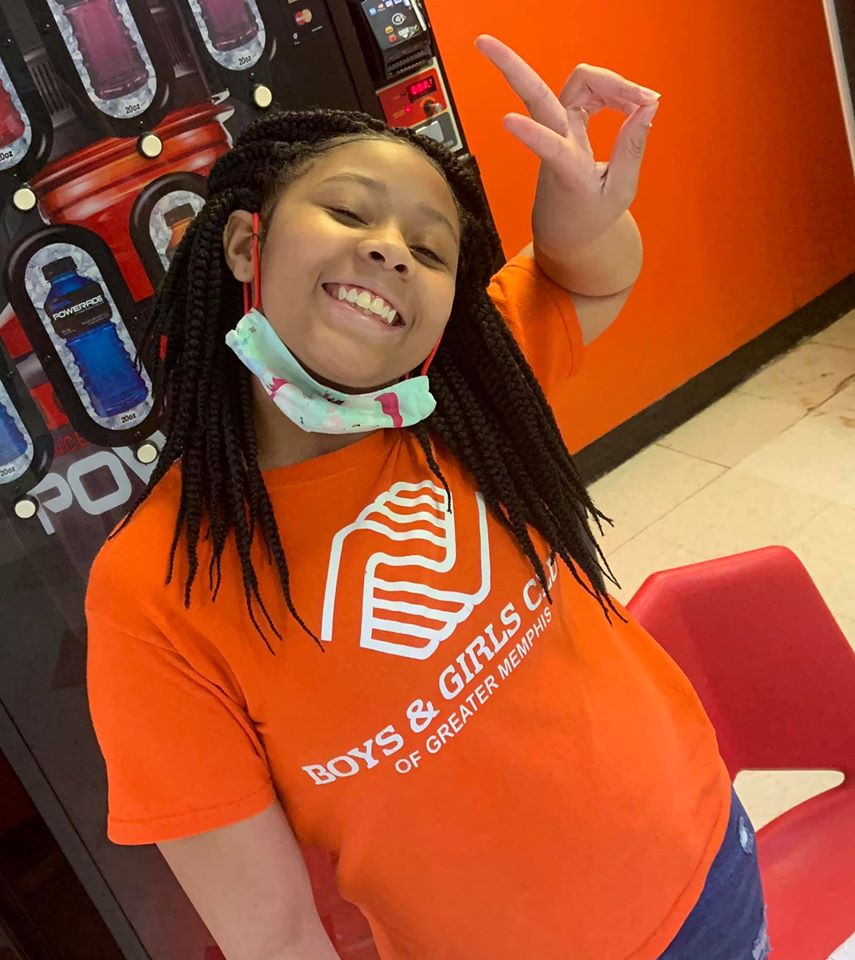 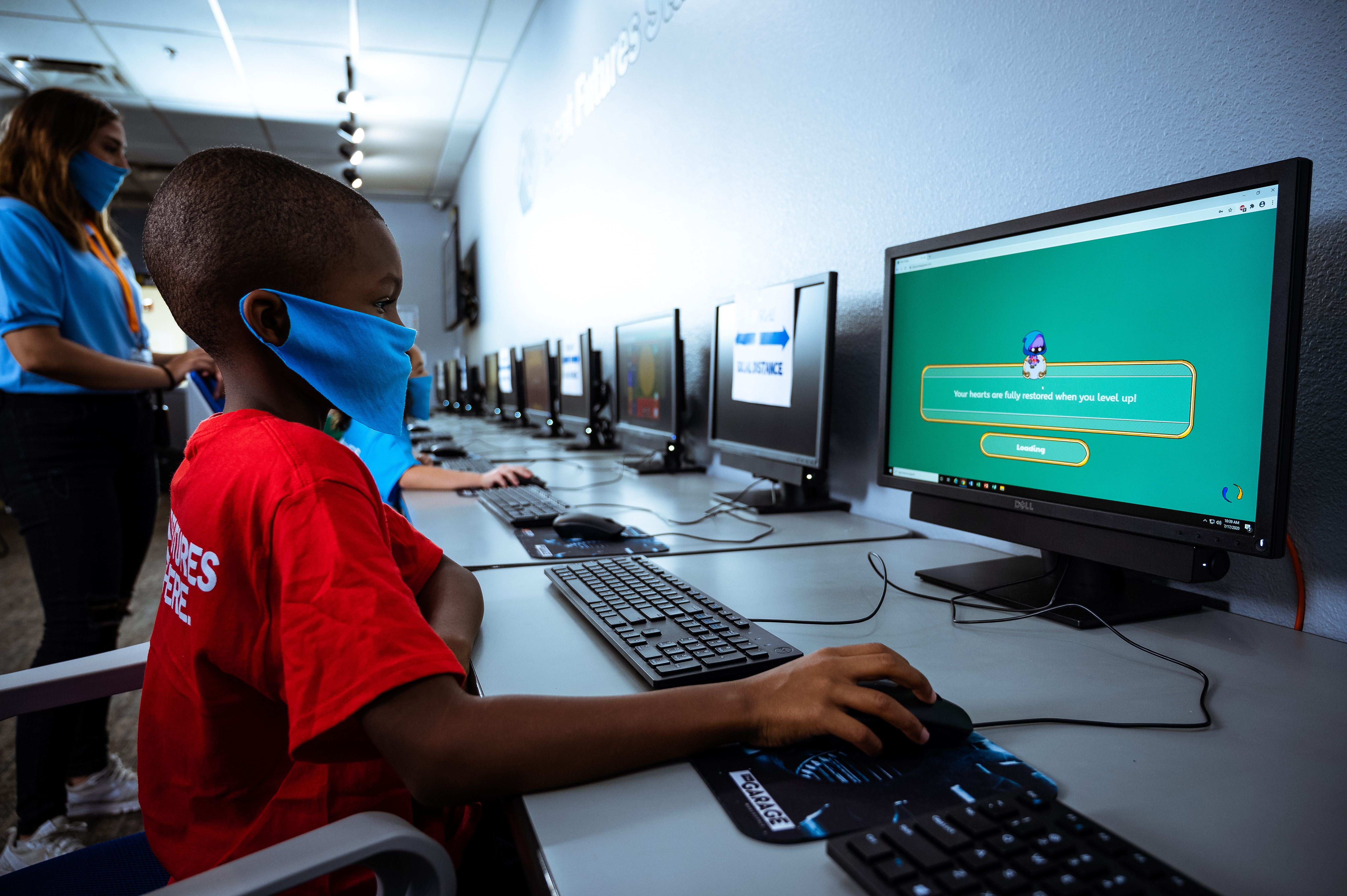